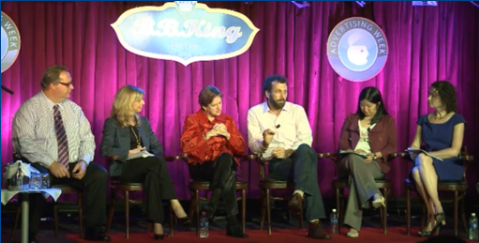 Our very own Jamie Rosenberg participated as a panelist at Incite’s  Ad Week IX! Jamie was a panelist on the ‘How Marketers Shape the Social Agenda’ panel. . The discussion focused on the ways marketing and media have become critical tools in the fight to keep education reform on America’s social agenda.

In addition to the panel, Jamie also shared his poignant insights on American education reform in his most recent blog for the Huffington Post, The Elephant in the Classroom.

In the piece, Jamie expounds on the recent study from the Center on Budget & Policy Prioirites. The study showed that budget numbers for our schools are even worse now than the were in 2008 (the worst year of the recession).

35 states show school funding at less than 2008 levels, but education doesn’t appear to be a top priority for top officials.  Although, everyone agrees that a comprehensive education is paramount, it seems a lot of the conversation isn’t going as in depth as needed.

Our children deserve an educational experience that will prepare them to lead the country. In order to accomplish that, we need to continue the dialogue. But we’ll also need to engage the conversation amongst our top legislative and administrative officials as well.